Dentin and the Layers of Your Teeth

Dentin is a tissue that is calcified and consists of tiny tubules or tubes. It is the second layer of the tooth and is normally covered by enamel and covers the pulp, making up the majority of the tooth's structure. Both denser and harder than bone, the color of dentin may range anywhere from grey to black but is typically a pale yellow. This yellow hue is generally what is seen penetrating through the tooth's enamel. During tooth whitening, the dentin layer is exposed to bleaching agents such as hydrogen peroxide or carbamide peroxide. The lightening of the dentin from the use of a bleaching agent produces the appearance of whiter teeth. 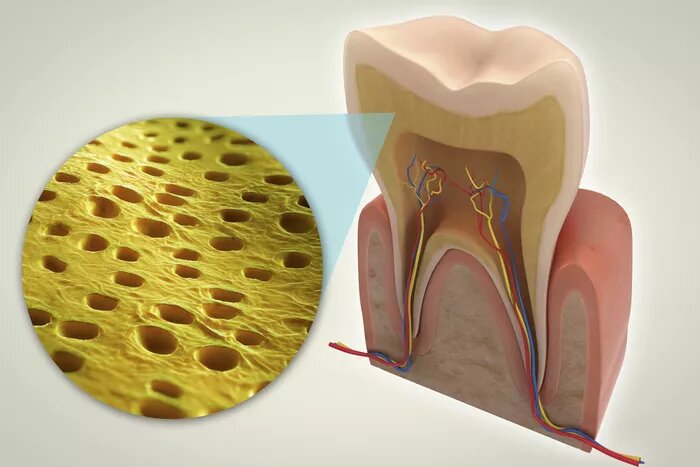 Dentin can be narrowed down to smaller components in itself:

Tooth sensitivity is caused when the dentin is exposed to temperature changes, acidic food or beverages, and sugars found again, in food or beverage. Dentin exposure is caused by receding gums, tooth decay, and the loss of enamel by dental abrasion.